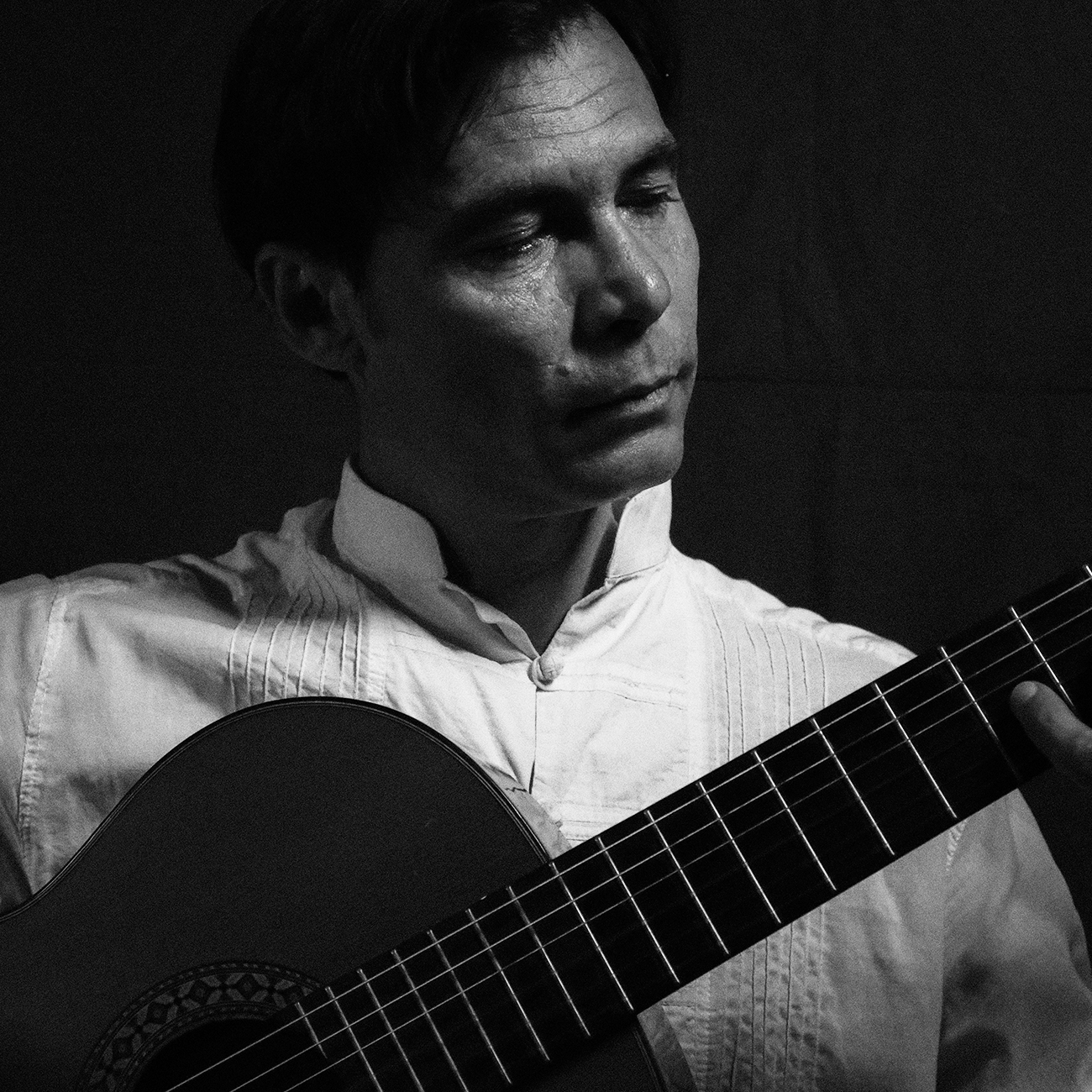 Oggie began his musical education on the classical guitar at the age of 11. He received a degree for a professional musician at the age of 19. He has been performing for over 20 years.

Currently, Oggie lives in Ibiza, where he enjoys performing, recording and composing. He performs extensively for weddings, private and corporate events on the island as well as in churches and old fincas.

Oggie is far more than an exceptional musician. A proud native of Bulgaria, a scrupulous and dedicated master of various martial arts, he might be best known for his expertise in Poi, which he developed through dedicated and gruelling training he started during almost mythical travels across Asia 10 years ago. It was shortly afterwards that I met him. A story as authentic and inspiring as you could imagine, and on a beach in Ibiza just after sunset. It’s great when you feel like you’re in the presence of greatness, and that’s how everyone feels when Oggie lights his Poi and sets off on his dances. He is such a talented and genuine performer. If you haven’t witnessed him yet, you should.

As an apparent hobby in the last 5 years Oggie has learned to play the guitar in such a captivating fashion as to stop his musical peers in their tracks of their ears. He exudes a sage-like knowledge of the world and its people; he lives to live, and he loves to perform. But it’s no joke that Oggie is a ‘stand-back-and-stare’ performer. You have probably seen Oggie up close or from across the Ibiza waters, demonstrating his mastery of the Poi in his spectacular fire-dances. Well, take a look at this, he lists his hobbies as; “Martial Arts, Muy Thai, Chi Gong, ZaZen Meditation, Cooking, Hiking, Running, Practicing Poi, Staff, all the fire toys… too many things…life is not enough for all.” And one thing that makes him so great is his response to the question ‘Have you performed with any big name stars or personal inspirations?’, his simple answer was, “No.” He doesn’t have a proudest moment, he says, “Every moment is unique for me.”

But it’s clear that Oggie needs to use his hands, and his exceptional brain, to have mastered various instruments such as: Classical Guitar, Electric Guitar, Bass, Piano/Keyboards, Harmonica, Flute, Trumpet. He also counts English, Spanish, Chinese, Russian and Bulgarian as his languages of choice.

When asked where he enjoys playing, he says: “I like quiet, intimate gigs. Also Sunset gigs in Ibiza. Love playing in Old fincas and Churches.” He has performed in: Spain, Austria, Bulgaria, Russia, China, Dubai, Turkmenistan.