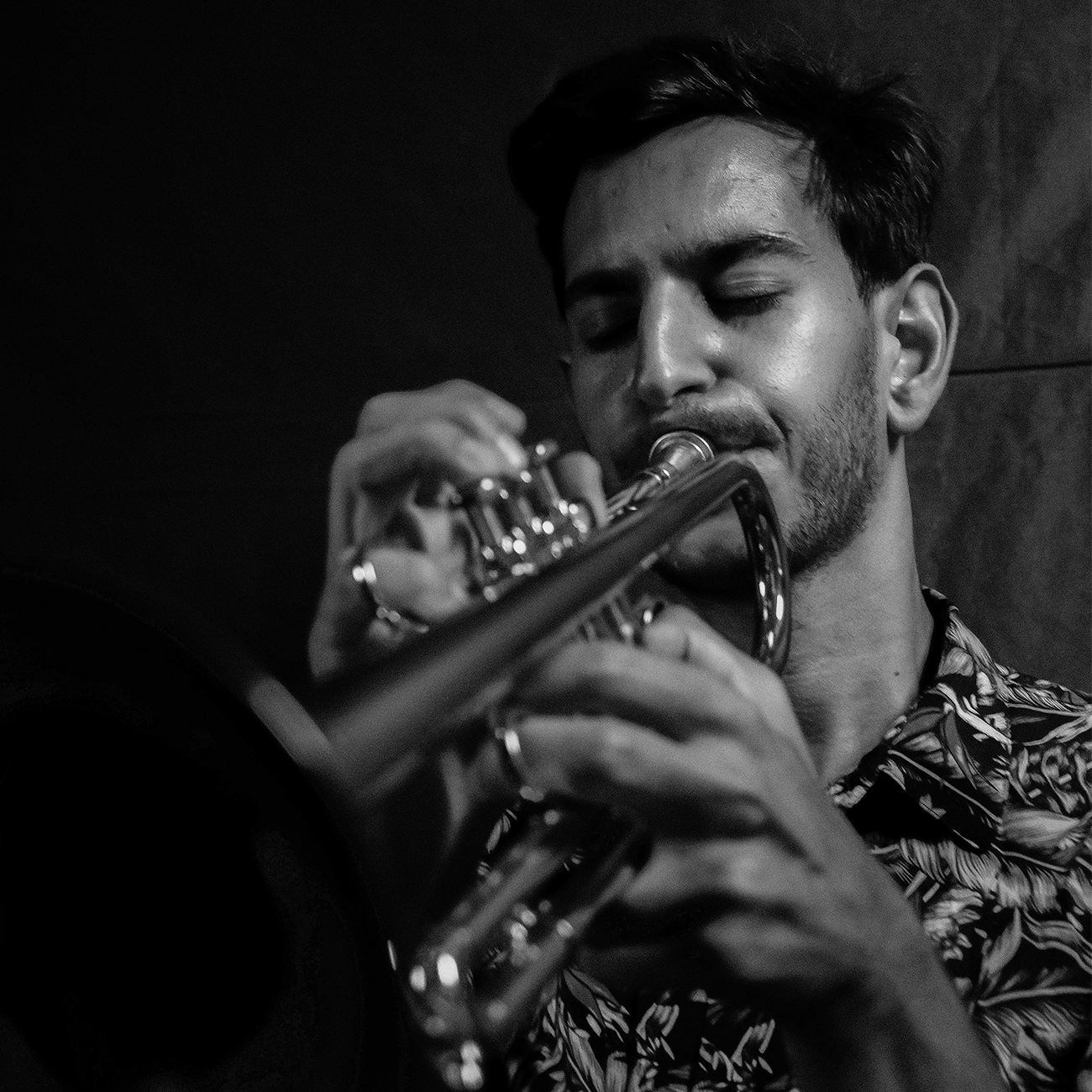 Pere Navarro is a young man with the musical world at his feet. His instrument of choice is the trumpet, and his influences are solidly rooted in his motherland of Ibiza. On his own he can transport an audience into a universe of passionate jazz solos, and versatile expressions of musical knowledge that far bely his years. A leader and creator, Pere has already turned the heads of the island’s music lovers with a live, and often improvised, series of events known as ‘The Freshly People’, where he has provided a stage for a list of musicians, which reads like a ‘Who’s who?’ of Balearic talent. It’s a great honour to be collaborating with this indisputable pioneer of quality music.

Asked about his favourite moment, he cites his reputable performance off the island: “Every moment is special, because you can always learn something. But if I would need to choose something, probably I would choose the gigs in Paris and in London with my Jazz Band.”

At only 26 years old, and playing music for 18 of those years, Pere’s musical acumen can compete with the best in the industry. He is multilingual, as are all of our Ibicenc artists, speaking as naturally in Castellano, Catalan, French and English, as he does through his chosen instruments. “Music is what I am. Everything else is what I do. I love Jazz artists like Miles Davis, Chet Baker, Herbie Hancock; and obviously artists like Jamiroquai, Michael Jackson, George Michael, G. Duke, Stevie Wonder.” And as with our other native musicians, Chelu Garcia and Yeshe Riser, Pere has already gained an impressive portfolio of performances: “I did a few tours with very well known Spanish artists such as Juan Perro (Santiago Auseron) and la Mala Rodríguez. I also did collaborations with international artists such as Sinkane at Primavera Sound Barcelona, and with producers like Guts, Quantic, and Nickodemus”

When asked if he is available for session recordings, this was his response: “Absolutely! I have my own little studio at home to record trumpets and also keyboards.” That in our opinion, is a golden opportunity for producers worldwide, to improve their productions with samples from a star of the future.