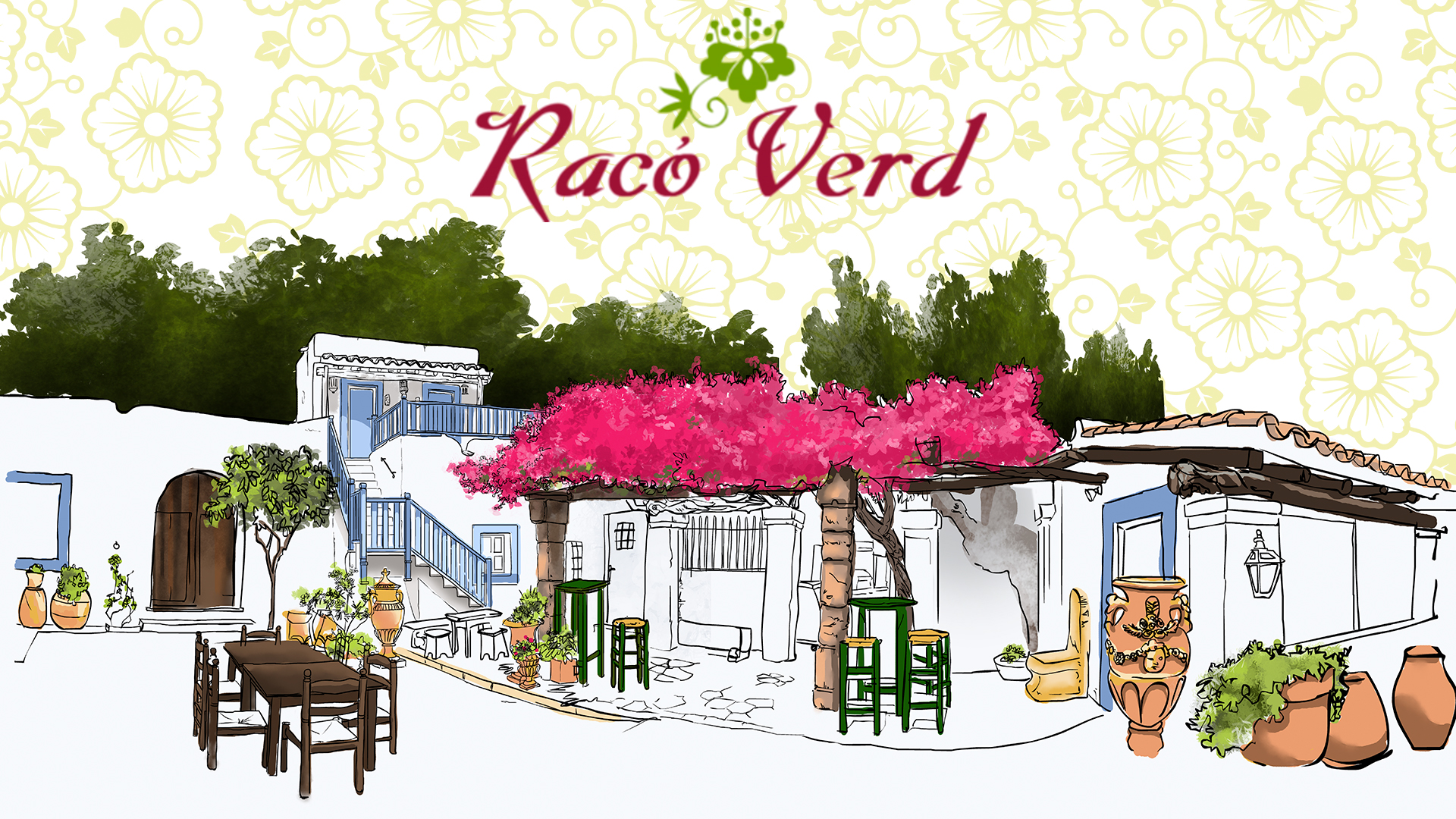 This was a rare opportunity to express myself musically at a venue I love and respect. I first saw the brilliance of this venue in the deep mid-winter of 2009.

One of the oldest street parties in Ibiza is the Sant Josep ‘Flower Power’ party. I’m certain that by the time I was introduced to this phenomenal gathering there were things that had started to become formulaic and ‘conventional’, given that this tiny, one-road town in the southern hills of Ibiza – not regularly frequented by the hoards of summer tourists – had been staging this lawless, open-air street party for decades.

My first experience, however, was far from stale or predictable. About a week before the eagerly anticipated Saturday, in March if I remember correctly, my (now) good friend and exceptional DJ, selector and broadcaster, Andy Wilson, called me to ask if I had a pair of decks I could lend and join him to host Raco Verd’s courtyard in between the Live bands. Luckily I did, due perhaps to my daftness or belligerence, (or perhaps my foresight), I’d transported most of my sound system from London earlier that winter, including my trusty 1210s.

I was excited, to say the least, and set about preparing a ‘try-very-hard’ Hippy, psychedelic and rock infused set from the records I had with me in Ibiza. There was one track that week I played virtually on repeat, Stevie Wonder’s ‘We Can Work It Out’, the Beatles cover version. I became obsessed by it, and had it as my No. 1 tune to play.

I added some more belters like The Chamber Brothers ‘Time Has Come Today’, Jimi Hendrix ‘Voodoo Chile’, Janis Joplin ‘ To Love Somebody’ and Procol Harum ‘Conquistador’. I was ready.

I drove up to Raco early in the day to set up and sound check, met by Andy, and Sam and his wife Claire who own the venue. The street stalls and live stages were being built. Flight cases, fridges and strings of cables filled the area, people calling instructions and occasionally breaking into song; there was a palpable buzz on both sides of the narrow road which runs through the heart of the village.

Later, after a few hours getting dressed up then heading out into San An for a few drinks and some food, we jumped in a cab and made our way to the party. We were halted a few hundred meters from the village by a humongous traffic jam. We decided to disembark. We paid our cabbie who swiftly did a U-Turn to rush back to secure his place in the queue for another fare, and walked our way up the usually busy main road to Sant Josep de Sa Talaia.

In some kind of divine synchronicity, as we got closer to the pulsing lights and deafening noise, pushing through hundreds of happy revellers, I heard the intro to… you guessed it, Stevie’s ‘We Can Work It Out’! I shit you not. It was an incredible moment, and one I’ll never forget. On the main stage, and on the doorstep to the village church, a DJ who was filling time between the live bands had dropped the tune I’d been playing all week!

Well… from that point I felt blessed. I eventually made it to Raco Verd and Andy at my decks, and in not too long I was playing my records to over a thousand wig-wearing, wonderfully wavy and inebriated island residents, covering every foot of space available. As I looked out from the stage I could see only people, fancy dressed and fabulous. Scenes like that were familiar to Andy, but not to me, and that night still stands as one of the most enjoyable DJ gigs I’ve ever done.

Fast forward 11 years, and in vastly different circumstances, with all of the crippling restrictions imposed on venues such as Raco Verd due to the 2020 pandemic, I rock up on a friday evening with a laptop and DJ controller, to play a volume sensitive set for the courtyard, which was fully booked and expertly serviced by Sam and his staff.

I have such a deep love for this place, and I felt that despite the restrictions I had to perform to my absolute best. I’m not sure I managed to do that, but I did record it and you can judge for yourselves.

I implore every one of you to make the effort to pass by Raco Verd when you come to Ibiza, you will not be disappointed. The restaurant has an excellent menu (my recommendation is the Tacos Pibil for two), and Claire has a superb boutique, with carefully selected fashion collections, and other beautiful ornaments and decorations.