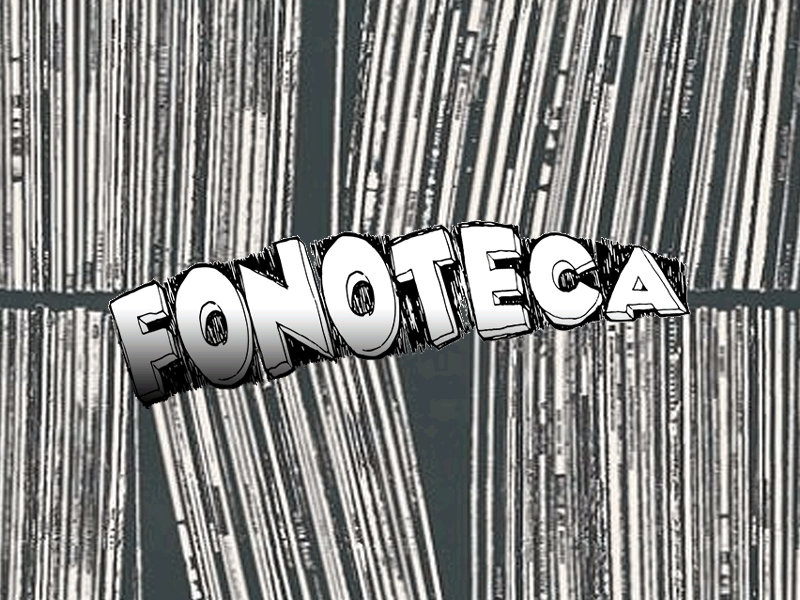 The true history of FONOTECA is a long story. If you’re ready, read on…

It wasn’t supposed to turn out like this. One day, in one harsh winter, a friend who’d by then become a very good friend, and was a fellow musical devotee, experienced what all record collectors have nightmares about – a massive part of his collection was at the time stored in his basement, and it flooded.

For most of us, that wouldn’t mean a great deal other than seeing our cherished vinyls dampened their sleeves sludged and stuck together, washing away our futile fantasies of owning a collection worthy of note to other vinyl nuts, in that it stayed shimmering and perfectly organised on the shelves we’d sweated blood and tears to build. However, in this instance the damage was vastly more serious.

The collection in question is without doubt the finest I’ve ever seen. The collector is by far the most enigmatic and brilliant DJs I’ve ever heard play, and it just so happens that I had the privilege of playing alongside him on many occasions. Not only did we click on a musical level, but when you DJ for a living, or food, you start to form friendships with other DJ’s characters rather than their tastes, and on both accounts we were joyfully in sync.

To hear that he’d suffered a flood was a shock, but frankly he didn’t seem that bothered. Perhaps that’s not surprising when you consider the vast collection he hadn’t decided to store in his basement.

Anyway, I was skint, and he needed help separating, drying, cleaning and refurbishing his damp disks. He offered some money, and a chance to spend a week or two with him chatting and mostly giggling as we both tried to put a brave face on what was a catastrophic situation.

As we went through the records, and started to digitize some of them, we came up with a concept – that we could start a business which stored, refurbished, digitized and even rented out records. For example, an A-List DJ like Louis Vega might come to Ibiza and rather than play his digital version of a certain record, he could rent it from us at a premium. The idea took over our imagination, as was usually the case when we go going. I decided to make a business plan, even set up meetings and touted potential investors. Suffice to say, the idea was grand, and frankly neither of us were in a position to pull it off. But… one thing did come out of it, the name FONOTECA.

I was searching through ideas, and found the Spanish translation for ‘Music Archive’. It was perfect, but it didn’t get the chance to shine until years later. I hadn’t DJed for a while, and was living alone with a small makeshift studio in my flat. A couple of friends came to stay and told me about an open deck night at a club called Malanga Cafe. They dragged me out to join them and play some tunes. The owner happened to be there that night and afterwards asked me if I would host my own night. I was shocked but definitely up for it. So the following month I did just that, and I recorded it! If you’re interested you can hear all four parts on my Mixcloud page.

Throughout that following winter I was invited back to play regularly, and from having no outlet for my music I was suddenly playing exactly what I wanted to play, at a venue so perfect for me it seemed unreal. The following summer I went back to my usual work, which at that time was working for various ‘VIPs’, events and agencies, providing my unique brand of bilingual Ibiza expertise. Malanga kept calling and asking if I could host another night, but with my work commitments it was impossible for me to confirm a specific date. Eventually, in August of 2017, I could confidently say “Yes, I can do that date!” A joyous moment, all until Kike asked me, “What should we call it?”

The rest is history. I could only think of one name ‘Fonoteca’ – the music archive – and I had a rock solid idea for how I wanted to run the night. The best parties I’ve ever been to have been free – admittedly because I’ve been lucky enough to get an invite rather than pay the door price – but the principle still stands. Malanga was free, and I loved that. The other huge factor, and I think the most important one, was that the owners of Malanga Cafe – Omar, Juan and Kike – had made their investments and embarked on a project which aimed to provide a musical and spiritual alternative to the soul-less, expensive and superficial vulgarity that had become the standard practice in the Ibiza nightclub scene. Malanga opened at midnight, and it closed at 6am like every self-respecting club, but it didn’t charge a single peseta on the door and opened its bar and soundsystem to DJs and musicians who represented ‘proper’ music – by that I mean music created by musicians and not conglomerates, music made popular by music collectors and not fickle fans, black music, latin music, disco music that would have dropped before ‘Disco’ was a genre. I’ve heard more variety and expertise in Malanga, from the many brilliant DJs and musicians who’ve played there, than I’ve heard in any on Ibiza superclubs. Of course there are few exceptions, and respect is due to parties like We…Love Space and Carl Cox Revolution in recent years, but even the big parties which tried to represent underground music, funk, soul, reggae, afrobeat, latin jazz and cumbia, hip-hop etc. Their efforts were tame, at best.

So FONOTECA was born, and nourished by Malanga Cafe. Now, we are an established music programming company. We have a ‘roster’ – I put that in inverted commas because we are NOT and agency – of exceptional musicians, you can find on our website and book directly. We service wedding couples, hotels, restaurants, private events, and are now offering ‘Virtual Parties’, LIVE from our studios!