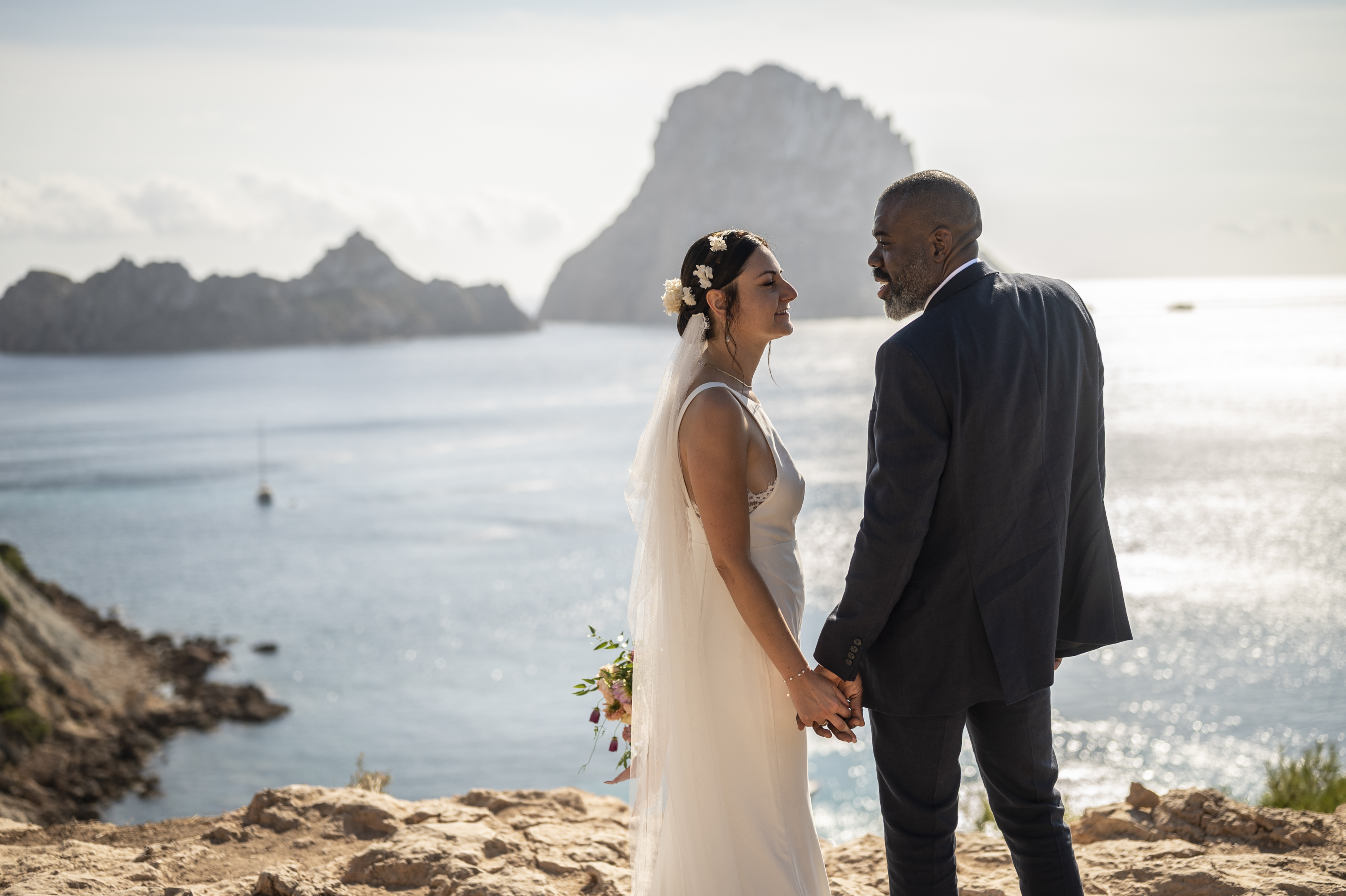 When love came raining down – Can Domingo, Ibiza

In the early summer of 2022 my phone pinged with a message, and somewhat of a blast from the past. Louis and I had met in Ibiza many moons ago, when he came here in a group of friends, to enjoy the clubs and nightlife.

This message was a request for advice. He was planning his wedding to Tania, his beautiful Italian fiancee, and he was asking me for general advice on locations, accommodation, catering and the many other considerations a wedding requires.

Our conversation predictably turned to music, which gave me the opportunity to introduce him to Fonoteca, and the work I’d been doing on the island recently. To my delight, the conversation turned into an official enquiry, and then to my concept for the day. To cut a long story short, Tania and Louis booked Fonoteca’s services for their wedding celebration at Can Domingo, Sant Josep.

What made this event such a rewarding experience for me, was that Tania is Italian and Louis is African, and both would be inviting family and friends from their respective countries. This meant that I had an opportunity to provide a music program drawing from the vast riches of Italian and West African musical heritage.

The couple opted again for Imane Jade, to provide her vocal and acoustic performance for the after-ceremony canapés. For the after-dinner party, I would be joined on the decks by Rocky on Percussion, when together we would kick start the dancing with Rocky’s congas and Djembe drum, to a selection of traditional Congolese and Sierra Leonian music, and Souk.

I admit to being rather nervous. Not only because it was probably the first time I’d been asked to play such a specific and traditional style of music for a wedding party, and because I knew my selection would have to be appreciated by the elders of Louis’ African family, but also because it’s a music I love so much that I hoped I could do it justice.

After my first mix, and with Louis’ parents, his uncle and aunt, and the rest of the congregation filling the dance floor, I knew I was about to have a very special night. Rocky performed exceptionally, as always, and when his set was over I continued to play for a few more hours until the busses arrived to take everyone home.

Smaller, more intimate, weddings are often more enjoyable for a DJ or performer, not because there are fewer people to please but because you feel a much stronger connection to the people celebrating. It’s always a privilege to perform for a celebration of love, and his was most certainly one of those particularly brilliant nights, and one I’ll never forget.